During every menstrual cycle, the body goes through various kinds of hormonal changes that make up a specific process called ovulation. It is also during ovulation that a mature egg is released from the ovary.

After ovulation occurs, the empty egg follicle, now called a corpus luteum, produces the hormone progesterone that contributes to early pregnancy. If conception does not occur, the corpus luteum breaks down and stops producing progesterone. This process triggers the start of a menstrual cycle.

When a female is not able to ovulate and release an egg, it is known as an anovulatory cycle. Anovulation is when the ovaries do not release an oocyte during a menstrual cycle, which means, ovulation does not take place.

Chronic anovulation is a common cause of infertility. It is difficult for a non-ovulating woman to be able to get pregnant. Anovulation can be caused by certain reproductive disorders such as polycystic ovary syndrome (PCOS), nutritional problems, or excessive physical exercises.

Ovulation induction is the stimulation of ovulation by medication. It is usually undertaken in the sense of stimulation of the development of ovarian follicles, to reverse anovulation or oligoovulation.

Ovulation induction involves the intake of medications to influence ovulation by promoting the development and release of eggs in the ovaries. It increases the chances of conception through timed intercourse or artificial insemination.

Ovulation induction is the most suitable option for women who are producing low levels of hormones for ovulation. It is also relevant for those who are not ovulating but have normal fallopian tubes, with their male partner having a normal semen count.

The process of ovulation induction involves the following steps:

For more information on ovulation induction protocols, join our expert as he discusses and highlight new trends – click here 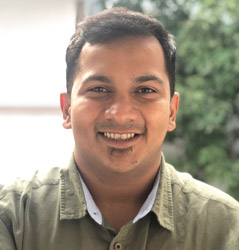