The most common type of psoriasis is plaque psoriasis. It causes skin cells to develop much more rapidly than normal and not fall off like they should. The cells build up on the skin’s surface, causing areas of thick, silvery red skin called plaques.

Plaques are usually itchy and covered with thick whitish-silvery scales. This process is the result of an overactive immune system.

Psoriasis can be passed from generation to generation. If one parent has psoriasis, the likelihood that a child will also have it is about 16 percent. If both parents have the skin condition, a child’s chances of developing it increase to 50 percent.

Symptoms of psoriasis in children

There are several types of psoriasis, each with their own unique symptoms. The most common symptoms of psoriasis include:

For children with the condition, psoriasis tends to show up first on the scalp. It’s also common for psoriasis to affect their nails.

Psoriasis is a chronic condition, which means it’ll likely never go away entirely. It’s also a condition that cycles through periods of increased and decreased activity.

During active times, your child will have more symptoms. Within a few weeks or months, the symptoms may improve or even disappear.

Flare-ups often occur following illness. However, it’s very difficult to know how severe the symptoms will be once a cycle begins.

Currently, there’s no cure for psoriasis. Treatment focuses on easing symptoms when they occur and helping prevent or reduce the severity of flare-ups.

Topical treatments are more commonly prescribed than other types of treatments. They can help reduce symptoms of mild to moderate psoriasis, and they include medicated and moisturizing:

Topical treatments that the Food and Drug Administration (FDA) has approved for use in children as young as 12 years old include corticosteroids, vitamin D analogs such as calcipotriene, and treatments that combine the two.

Topical treatments can be a little messy, and your child may need to apply them more than once a day. They can be very effective, though, and cause fewer side effects than other treatments.

Help your child remember to apply the treatment by setting electronic reminders or scheduling them around certain daily activities, such as right before bed and right after waking up.

Both natural (via the sun) and artificial lights can help ease symptoms of psoriasis. There are several newer options such as lasers and medications activated by special lights. You should not begin using light therapy without first consulting your child’s doctor. Too much exposure to light can actually make symptoms worse.

If their doctor recommends natural sunlight, help your child get that extra dose by taking a walk together as a family or playing in the backyard after school.

For moderate to severe cases of psoriasis in children, your child’s doctor may prescribe pills, injections, or medications.

Injected medications that the FDA has approved for use in children as young as 4 years old include:

Managing triggers may be one of your child’s best defenses against psoriasis. Exercising, getting adequate sleep, and eating a balanced, anti-inflammatory diet will help them keep their body healthy.

Anti-inflammatory foods to incorporate into their diet include:

Foods that may trigger inflammation and should be avoided or minimized include:

A healthy body may have fewer and less severe periods of disease activity. In addition, keeping your child’s skin clean and moisturized can help reduce skin irritation, which also reduces psoriasis flares.

Help encourage your child and everyone in your family to adopt habits that promote health and wellness by starting a friendly family competition. Keep track of who completes the most steps each day, or if weight loss is a concern, track the percentage of weight lost over time.

Helping your child cope with psoriasis

For some children, psoriasis is a minor inconvenience that needs to be addressed only when symptoms appear. For others, psoriasis can be more concerning.

Children who have large areas of skin covered by plaques or plaques that develop in sensitive areas, such as on their face or around their genitals, may experience self-consciousness.

While the scope of a psoriasis outbreak may be relatively small, the impact it can have on your child’s self-esteem may be large. Feelings of shame and disgust may compound the problem. If you combine those feelings with comments made by peers, psoriasis can cause your child to experience depression and feelings of isolation.

It’s important that you work with your child’s doctor to counter the negative emotional and psychological impact that the presence of psoriasis may cause.

In today’s culture, children may be picked on or bullied because of very minor issues, such as unexplained bumps or spots on their skin. The trauma caused by these actions can have effects that last throughout your child’s life.

Talk with your child about specific responses to questions and comments from their peers.

Additionally, you may want to speak with your child’s doctor about working with a therapist or joining a support group. There are many resources available that can help your child deal with emotional issues they may be facing.

Role of Apremilast for the Management of Psoriasis

Psoriasis and AD: The differential Diagnosis an...

Psoriasis and AD: The differential Diagnosis an... 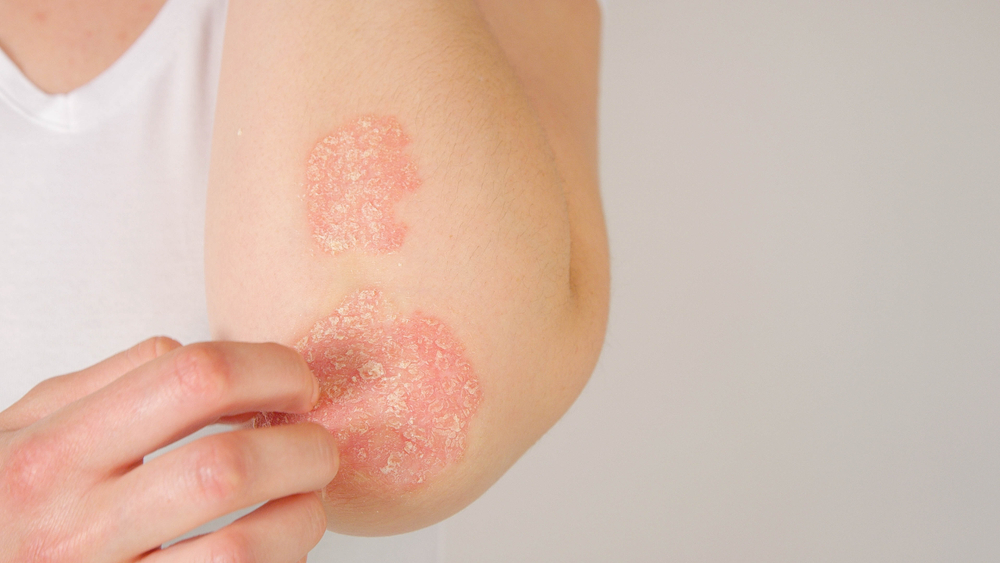 Which Psoriasis Treatments During Pregnancy are...