Phases of a clinical trial for a potential vaccine 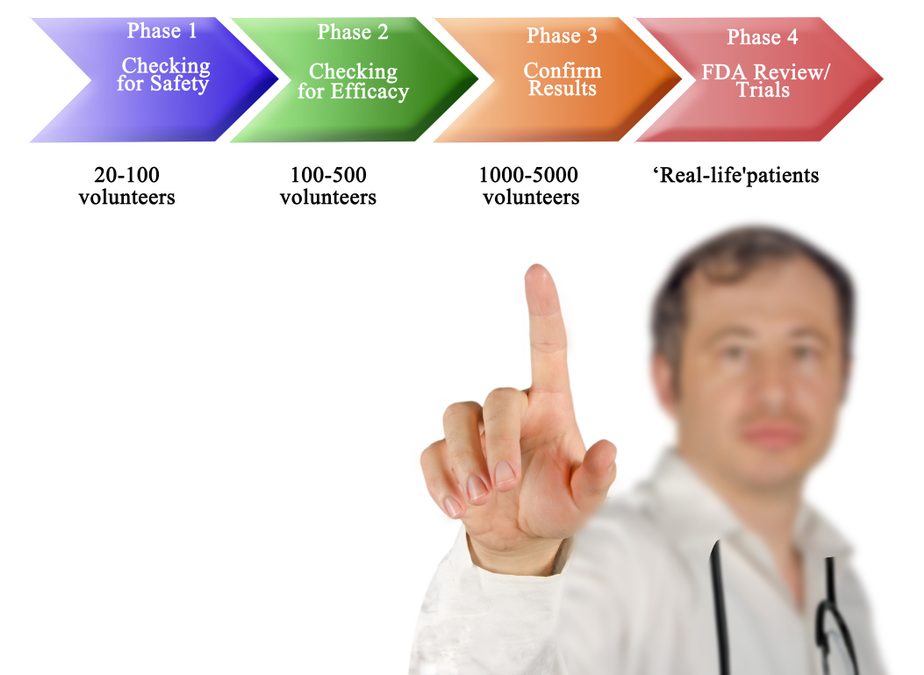 Throughout the months after the introduction of the novel coronavirus from a regional epidemic to a global danger, large and small drug manufacturers have struggled to develop a cure for it. Researchers are branching out and looking at different areas for the much needed solution. Some are considering older antivirals. Some are poking at tried-and-true technologies, and others are envisioning futuristic approaches to human medicine for a vaccine. But it is not as easy as it sounds, a potential vaccine has to go through different phases of a clinical trial for it to be administered to the general public.

Phases of a clinical trial

When a drug manufacturer gets a grip on a potential vaccine, the testing of the drug for its efficacy in different phases begin. Then, there is the pre-clinical trials where animals or animal cells are tested with the vaccine. If scientists are able to show the drug is not dangerous, they will go ahead and start testing it on humans. Human trials start with a small number of people being administered tiny doses of the drug to ensure it isn’t fatal. Once this stage is clear, monitoring the drug in higher doses is the next step.

The drug maker would have spent billions of dollars over several months attempting to collect ample data to show that the medication is successful and does not cause unusual long-term adverse effects by the time the study hits the later phases. This is also a prolonged process and even after skipping a couple steps the vaccine will only be out after a year or a year and a half.

The race to develop a vaccine

Moderna, a small pharmaceutical firm is using a completely new approach in almost record time to manufacture the vaccine. The company based in Boston was, in fact, on the verge of performing a practice run to see how rapidly they could react to a pandemic when Coronavirus started to take center stage. But   the dry run was no longer considered relevant as they had a very real challenge on their hands. There are big firms like Johnson and Johnson, Sanofi etc. that have worked with state agencies to get back to work early and government laboratories around the world are now fighting against time to help in whatever way they can. Amid the industry’s many obstacles, the race to deliver a vaccine is on track.

Until then, wash your hands and stay indoors!