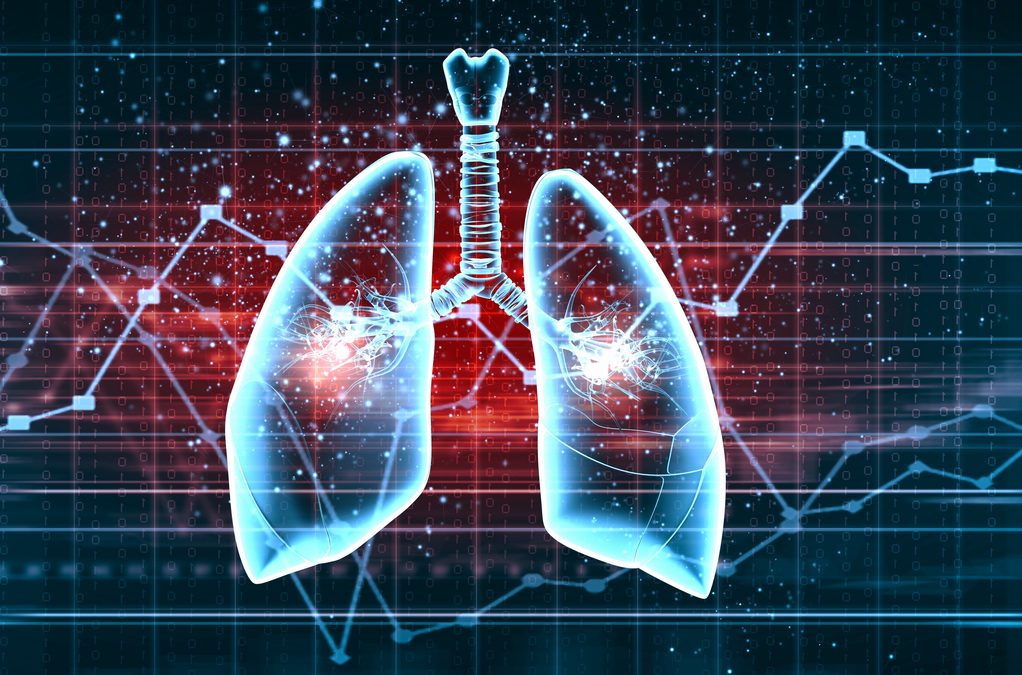 Shortness of breath, cough with mucus, and wheezing or chest tightness are all signs of chronic obstructive pulmonary disease (COPD). In this condition, symptoms become most evident when significant permanent lung damage has already occurred. While it is an incurable condition, and the symptoms tend to worsen over time, it can be managed to help prolong life and provide comfort to people suffering from the disease. The disease is prevalent in all age groups, though it is more common in people middle-aged or older.

How does it affect the lungs?

Our bodies need oxygen to thrive. The carbon dioxide produced in the respiration process from the body also needs to be released in time. The lungs play a vital role in making this happen. The air that we breathe passes through the bronchus, and then via bronchioles in each lung to the alveoli, which facilitate the process called gas exchange. Oxygen, that is needed by the body is absorbed in these bronchioles, and carbon dioxide, a by-product of the respiratory process is expelled out of the body here. The elasticity of these alveoli is critical to proper gas exchange, to facilitate entry of oxygen into the bloodstream via capillaries. With COPD the walls of the airways and alveoli get permanently damaged, affecting their elasticity. This leads to poor gas exchange and health complications.

What causes COPD? What are its symptoms?

The causes of COPD are still relatively unknown. It is believed that long-term exposure to lung-irritants damages the lungs and the airways. The American Lung Association believes that between 85-90% of all COPD cases are caused by smoking cigarettes. In developing countries, fumes from cooking in poorly ventilated areas have also been identified as a cause, alongside tobacco consumption. The rare genetic disorder alpha-1-antitrypsin (AAT) deficiency can also cause COPD. The protein AAT, produced in the liver, protects the lungs, but in this disorder, cannot leave the liver due to shape changes, and thus leaves the lungs vulnerable to attack from the body’s own white blood cells. People with asthma who aren’t treated properly may also contract COPD later in life.

The symptoms of COPD include shortness of breath with even basic physical activity, wheezing, mucus production (phlegm or sputum), tightness in the chest and a frequent cough that produces a lot of fo mucus. People with the condition may experience flares, where symptoms become worse and persist for a few days. Other symptoms that may be observed include a lack of energy, swelling in ankles, feet and legs, unintentional weight loss and cyanosis (where the fingernails or lips take on a bluish hue).

Is it really cause for concern?

Over half a million Indians die of COPD every year. A major cause for all of these deaths is the lack of awareness and underdiagnosis of this disease. People often mistake breathlessness and coughing as a sign of old age, but increasing breathlessness is definitely a red sign for COPD. According to the Global Burden of Diseases Study, COPD is responsible for 75.6% of the chronic respiratory disease disability-adjusted life years (DALYs) – a measure of how much time is lost from potentially healthy lives to the disease.

Are there any comorbid conditions?

Cardiovascular disease, diabetes, and eczema are all common in individuals that suffer from an overlap of asthma and chronic obstructive pulmonary disease. While the overlap of diseases is long recognized in clinical practice, individuals with overlapping conditions are often excluded from clinical studies. In a study conducted by the Respiratory Effectiveness Group, the overall prevalence of asthma-COPD overlap was 20%. Of the 20% a majority were men with a mean age of 70, either current or former smokers and 66% of them were overweight or obese.

People suffering from chronic obstructive pulmonary disease might not have a cure in sight, but there’s plenty that can be done to make them more comfortable. COPD is challenging to manage, but with the right support and medication to help manage the symptoms living a long, and relatively comfortable life is easy.