Cesarean delivery rates: Is there a need to Rationalise?

C-section is a common surgical procedure used to deliver a baby through incisions in the abdomen and uterus. According to the WHO (World Health Organization), the procedure should only be used in cases of complicated pregnancies. However, of late, there has been a sharp rise in cesarean delivery rates around the world, especially in India.

These shocking abnormalities have triggered experts to call the increasing cesarean delivery rates trend “an epidemic”, blaming it on an “unregulated market”, financial incentives, and an increasing trend of women opting for the procedure.

According to obstetrics and gynecologists, the capacity of women to handle the delivery pain is falling considerably – making it a major reason for people to voluntarily demand the c-section.

Looking at the numbers, leading obstetrics and gynecologists suggest that there is a need to rationalize or limit the skyrocketing cesarean delivery rates. But it only raises questions like – what is the current rate, how much is too much, is it even possible to limit the rate, how can the indications be rationalized to undertake c-section delivery, and so on.

The other side of the coin says that justified cesarean deliveries are being advocated for. As the objective of c-section is very simple – to prevent maternal and/or perinatal mortality and morbidity. To achieve a healthy cesarean procedure, the technique has been standardized over the years. Indications have become well-known that anesthesia care is safe, and pediatrician-neonatologist assistance is readily available.

Therefore, when c-section is undertaken and done and in an effective way, preventing maternal and/ or perinatal morbidity and mortality, it is considered justified. Such operations can be conducted safely and are considered safe.

According to WHO, basic and essential healthcare facilities to have a cesarean operation should be provided to everyone if they require it. This means that both public and private organizations are needed to be well-equipped with state-of-the-art facilities to assist a c-section for those who need it.

WHO also states that hospitals and care centers must have an adequate number of anesthesiologists, obstetricians, and other experts who can take charge of pre and post-cesarean deliveries effectively.

These guidelines are aimed at working as a leveler – for reducing late cesarean delivery rates, but they might increase in the rural areas, and that overall c-section rates would remain the same. In all, cesarean operations would be stabilized. 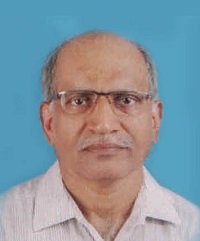