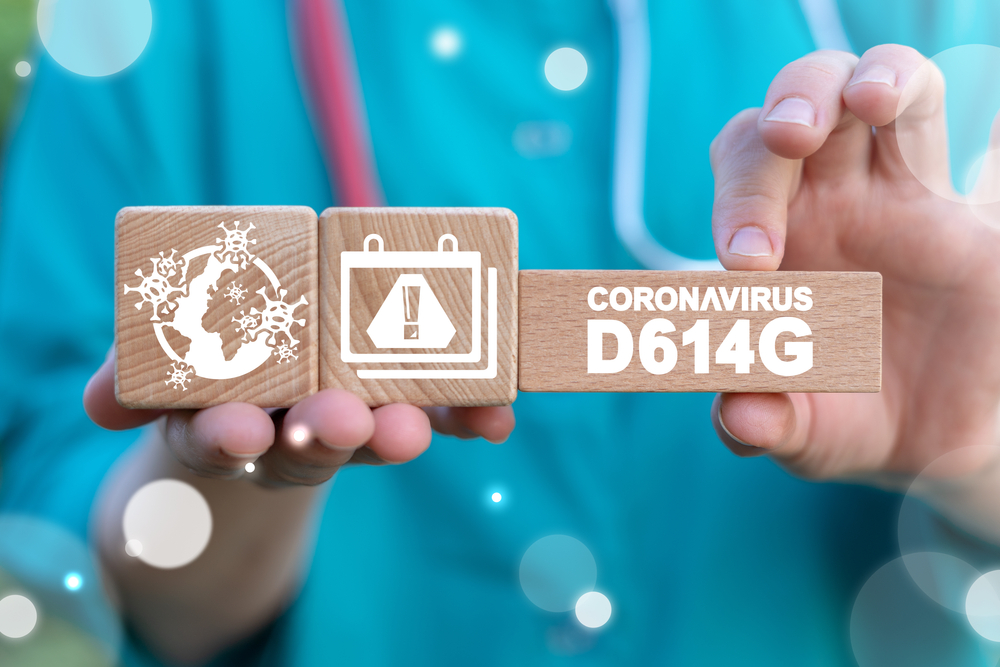 Each virus mutates; it is a part of the life cycle of the virus. But mutations aren’t necessarily a bad thing. These mutations can actually lead to a weaker virus in some cases. However, the changes are usually so slight that there is no significant difference in the rate of transmission and fatality of the disease SARS-CoV-2 – the virus that causes the coronavirus infection is no exception, and has mutated in recent months. But the virus mutated very slowly. And the new copies aren’t far from the original virus when it does mutate.

As the SARS-CoV-2 travels around the world, experts have been in constant worry that the virus will mutate into something more deadly and threaten humanity. But many studies circulating around the world say that coronavirus mutation can be infectious but less deadly.

One such speculation is regarding the “D614G” mutation of SARS-CoV-2 infection.This develops on the spike protein, which is the component of the virus that makes it bind and fuse our cells. The D614 G mutation helps the virus to enter our cells more quickly. This mutation is a mutation of coronavirus that is particularly widespread in Europe , North America and parts of Asia. This mutation is more contagious but seems less lethal according to a famous doctor of infectious diseases.

According to the World Health Organisation, scientists discovered the mutation as early as February and it spread in Europe and the Americas.Researchers from the Los Alamos National Laboratory declared in March that they found the D614 G mutation, and that it was possibly responsible for most of the recorded infections in Europe and the United States.Paul Tambyah, senior consultant at the National University of Singapore and president-elect of the International Society of Infectious Diseases, said evidence indicates the emergence of the D614G mutation in certain parts of the world coincided with a decrease in death rates, suggesting it is less lethal.

Malaysia ‘s Health Director-General Noor Hisham Abdullah has urged increased public awareness after authorities have found what they suspect was the coronavirus D614G mutation in two recent clusters. Sebastian Maurer-Stroh of Singapore’s science, technology and research agency said the variant was also found in the city-state, but containment measures have prevented widespread spread.

That being said, in laboratory environments, the latest dominant strain found tends to be more contagious. Scientists are now seeking to understand how the variance is behaving in the body — which may be very different from the settings throughout the laboratory. If the mutation triggers a more serious illness or raises the chance of death is still uncertain. It’s still unclear if the new mutation would affect people differently and sickle them. At this time the rates of disease and hospitalization caused by the new variant tend to be identical .Malaysia’s Noor Hisham said that the D614G strain detected was 10 times more infectious and that vaccines currently under development may not be effective against this mutation. More data is needed to understand the implications of the new mutations, such as whether post-recovery reinfections are possible and whether the changes could affect the developing vaccines and treatments.