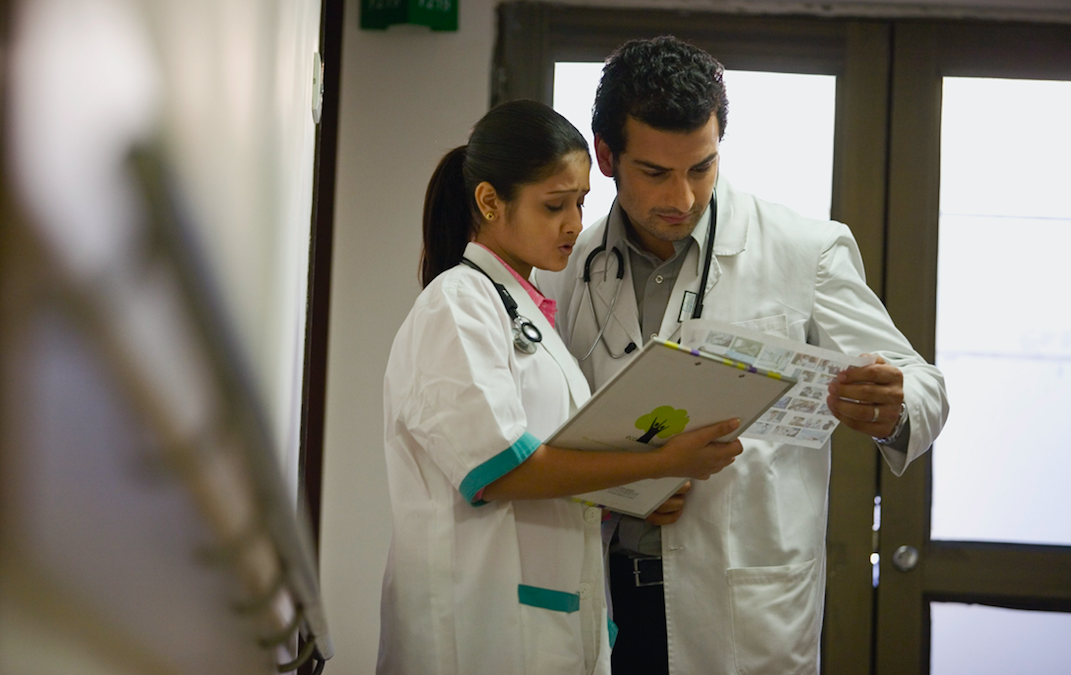 The healthcare industry in India is battling a severe crisis of poor infrastructure and insufficient healthcare experts. There have been cases recorded wherein more than any other reason, shortage of doctors is the root cause of deaths across the country.

The recent case of encephalitis claiming the lives of more than 10,000 in Bihar is the perfect example of deaths occurring due to the gap in the doctor-patient ratio in the country.

Currently, India is facing an acute shortage of an estimated 600,000 doctors, as quoted by scientists in Washington, who have been researching the doctor-patient ratio in India. Besides, the lack of properly trained staff in administering antibiotics is also limiting the access of patients to life-saving drugs.

Published in the online journal BMJ Open, a study conducted at the Indian Institute of Public Health (IIPH), Gurugram, shows that India hardly meets the guidelines set by World Health Organization (WHO), wherein 23 skilled health professionals are required per 10,000 population.

Stats suggest that there is just one government doctor available for every 10,189 patients (much less than the WHO recommendations of 1:1000). Meanwhile, the nurse-patient ratio is 1:483, suggesting an extreme shortage of around 2 million nurses.

In the last decade, a shortage of doctors has claimed the lives of more than 70,000 infants in government hospitals in Madhya Pradesh.

How is it in rural India?

If facts are to be believed, rural India is facing more challenges as far as the doctor-patient ratio is concerned. As of March 2017, rural parts of the country were witnessing a shortfall of around 10,112 female doctors, 11,712 female nurses, 15,592 male nurses, at primary healthcare centers, and more than 61,000 female staff including midwives at sub-centers.

Primary healthcare centers in rural India, which are currently working without a single doctor, require at least 3,000 more doctors at about 2,000 such centers. Whereas, the community health centers continue to face a shortage of around 5,000 surgeons.

The brighter side – but it’s still dark

Reportedly, around 460 medical colleges churn out more than 56,000 doctors every year. Subsequently, around 3,123 colleges across India see more than 125,700 students becoming nurses each year.

Although the numbers are quite impressive, with India’s population increasing with every passing minute, the rise in the number of medical staff is not satisfactory.

Private sector participation in the form of public-private partnership (PPP) in medical education can cement the need for more doctors. To increase the productivity and outreach of medical professionals, the use of telemedicine and remote monitoring tools can prove beneficial. Additionally, government schemes like Pradhan Mantri Rashtriya Swasthya Suraksha Scheme of Ayushman Bharat Mission bring in innovative solutions for the rural population.

Union Minister Ashwini Kumar Choubey had assured last year that the shortage of 600,000 doctors would end by 2022, as the number of seats in medical colleges has been sharply increased. But there will still be more doctors required in order to reduce the doctor-patient gap and achieve the 2030 target.