Healthcare challenges in India – Indian Healthcare Ranks 154 Among 195 Countries in Healthcare As per Niti Ayog (Government of India planning body) report 2019, 62% of medical expensed in India are out of pocket expenses (OOPE).

New policy impacting the Indian healthcare sector – The Pradhan Mantri Jan Arogya Yojana (PMJAY) popularly known as Ayushman Bharat Yojana Scheme is the flagship scheme by the Government of India. The scheme offers financial protection in case of hospitalization due to medical emergencies to the poor population of India. The scheme offers 5 lacs of insurance coverage for hospitalization and medical expenses during emergencies.

Expected positive impact – Ayushman Bharat will cover a 40% unprivileged population in India. As per the 2017 NHP (National Health Profile) report on the CBHI (Central Bureau of Health Intelligence) website, only 27% of the Indian population was covered under any sort of insurance scheme in 2015-16. The addition of another 40% will have a great impact on the healthcare system. Moreover, this scheme will be funded by the state government, hence insurance affordability issues will also get addressed because of this scheme. Some of the state governments are going to adopt the trust model (government forms a trust for reimbursements) while the majority are in favor of hybrid model (partial coverage through trust and partial through insurance). With wider coverage as compared to the past, The Healthcare Delivery sector would be the largest beneficiary by volume, as hospital capacity needs to be built up significantly and rapidly to service the added influx of patients. Millions of patients are expected to get benefitted from the scheme and that will require additional infrastructure and pragmatic approach to handle the additional patient load. It is expected to see growth with an increase in awareness, average spend, and policy focus towards Universal Health Coverage as per white paper submitted by nexdigm (SKP).

Opportunity for the pharmaceutical sector – In terms of a boost for the pharma industry, the addition of 150,000 Health and Wellness centers could create a massive influx of first-time patients who are prescribed medicines at the primary care level as per SKP white paper. As the healthcare sector is expected to move to a volume-based approach and in volume-based approach data plays a vital role. When the insurance sector is not yet mature and government policy takes decades to act upon, the onus is on the pharma sector in India to lead the change. Pharma collaborations with health-tech companies can revolutionize the healthcare delivery in India

Proposed pharma collaborations – Before collaborating with health-tech companies, it is imperative to collaborate with medical societies in the chronic disease segments. The medical societies have clearly defined population health delivery goals, especially in urology, neurology, cardiology, and psychiatry. Since the last couple of decades, the pharma sector is under scanner for unfair marketing practices as perceived by allied healthcare groups. The perception is a result of pharma spending on gifts, wine & dine, and conference travel and stay spending. The pharma sector needs to change this perception by investing in healthcare delivery improvement instead of spending. Health-tech companies must approach medical societies for proof of the concept of EHR systems by promising long-term population health benefits because of analytics-driven from EHR modules specific to different specialties. Once POC is ready with smaller groups agreed upon with medical societies, that will be a confirmation of user readiness. The next step in the picture will be getting a sponsor for the EHR system for all members of the society who have confirmed their consent for using the EHR which they have already tested with a small group of their office bearers. The most potential sponsor will be the pharmaceutical company who has high business stakes in that therapy area.

Short-term advantages for pharmaceutical companies – Pharmaceutical companies are under tremendous pressure to find innovative ways to engage with their targeted doctors. Gone are the days of gifts and sponsorships because of public awareness. Their rep is not seen as a credible source of information because there are 40 branded generics for a single molecule and all companies are communicating the benefit of the drug to the doctors. The need for the hour for the pharmaceutical company is to find more meaningful ways for engaging the doctor by adding value to their clinical practice. As a sponsor of EHR modules, they can get their reps trained as enablers of technology adoption by the targeted doctor’s medical specialty. Their reps will receive red carpet welcome at the doctor’s office as compared to the competition as they will be solving doctors’ day to day clinical problems instead of just promoting the drugs.

Over-all healthcare improvement – The health-tech company because of the above-mentioned collaboration will get a huge set of users under one roof of the medical society with sponsorship from the pharmaceutical companies. With a significant amount of data, the health-tech company will be in a position to approach insurers and later governments for newer payment models and OOPE in India will be reduced if governments can evaluate policies of reimbursement in consultation with care providers, insurers and patient support group. Capitation based models will be best suited for India to cut down the OOPE but for that investment on data, generation is required. The above-mentioned collaboration can lay the roadmap towards a capitation-based payment model for healthcare in India.

Article reproduced with permission from the author. 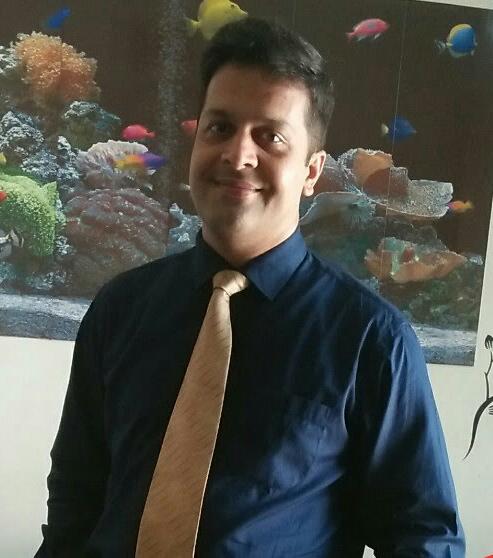