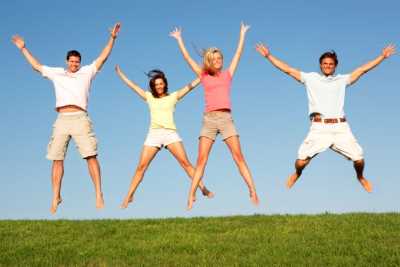 The position of the country’s apex medical body has come under discussion on several occasions in the past few months, as India has been fighting a global pandemic. Significantly, Jawaharlal Nehru, the country’s first prime minister, is credited with the heights achieved by AIIMS. It is true that under the Nehru administration, AIIMS came into being. But the main driving force behind it was India’s First Health Minister Amrit Kaur, however. She was a princess of the princely state of Kapurthala, a student at the University of Oxford, a devout follower of Mahatma Gandhi, and a significant member of the Constituent Assembly. Kaur was all of that and much more. Kaur grew up in Lucknow and was born on February 2, 1889, to Raja Harnam Singh (the younger brother of the prince of Kapurthala). It was from here that her father controlled the royal family’s huge Awadh estates. Kaur, the only girl among the seven brothers, was educated at the Sherborne School for Girls in Dorset, one of England’s leading institutions. The enthusiastic sports lover was also the captain of the school’s hockey, lacrosse, and cricket team, fantastic for academics. Kaur entered Oxford after her training to complete her college education. She finished her studies and, in 1918, returned home.

Amrit’s father introduced her to the social reformer Gopal Krishna Gokhale in the year 1919 during the Jallainwala Bagh massacre when the entered country was gripped with age against, who was also a powerful member of the Indian National Congress. Profoundly inspired by Gokhale’s devotion to his country and its people, the young princess of Kapurthala joined the nationalist movement, sea National Congress. It was through Gokhale, interestingly, that Kaur learned about Gandhi. Kaur founded the All India Women’s Conference in 1926, a first-of-its-kind organization that worked for women’s rights. She concentrated on a broad range of political and social issues under, such as the abolition of purdah, child marriage, and the structure of Devadasi. It was actually her determined and persistent activism that forced the government to lift the girls’ marriageable age to 14 and then to 18.

She participated in the Dandi March and impressed by her dedication, in October 1936, Gandhi wrote to her, saying, “I am now in search of a woman who would realize her mission. Are you that woman, will you be one?” And so, Kaur became Gandhi’s private secretary, a post she held until Prime Minister Nehru of­fered her the portfolio of health in his first government. Despite being injured several times during violent lathi charges by the police, she did not shy away from engaging in dharnas and demonstrations. Kaur also served as the chairperson of the All India Women’s Education Fund Association, a strong believer in the inclusion of women in education and sports. She also served as the official Indian delegate to the UNESCO Conference in London in 1945.

Kaur became the first woman to hold a cabinet position in India after India finally gained its hard-won independence in 1947. As India’s First Health Minister Amrit Kaur founded the Tuberculosis Association of India, the Indian Council of Child Welfare, the Central Leprosy and Research Institute, and the Rajkumari Amrit Kaur College of Nursing. However, as the visionary to whom AIIMS owes its life, she is best known. In 1946, when the Health Survey of the Government of India proposed the establishment of a major central institute for postgraduate medical education and research, the concept was highly regarded, money was a problem. It took Kaur another 10 years to raise ample funds and lay the foundation for the number one medical institute and hospital in India. Kaur was elected president of the World Health Assembly (which regulates the WHO) in 1950, becoming the first woman to hold the prestigious post and the first Asian. Seven years later, she won support for the creation of AIIMS from New Zealand, Australia, Sweden, West Germany, and the USA. As The first health minister of independent India, Rajkumari Amrit Kaur introduced a new bill in the Lok Sabha on February 18, 1956, and laid the foundation for the All India Institute of Medical Sciences (AIIMS) in it.

In addition, Kaur ensured that AIIMS maintained its autonomy and acted as a center for Indian excellence in all fields of health care, from surgical care to medical education. She also made sure that the selection of admission students would be carried out solely on merit, i.e. through an open competitive examination that provided students from all parts of the country with equal opportunities. Kaur is also remembered for her dedicated malaria campaign, a disease that has taken an estimated total of one million lives per year in India at one time.

Interestingly, few are aware that Kaur was also instrumental in founding the National Sports Institute in Patiala. In 1961, the USA’s Massachusetts General Hospital listed AIIMS on its list of the most distinguished hospitals in the world for its 150th anniversary. Three years later, Kaur passed away peacefully at the age of 75 on February 6, 1964.