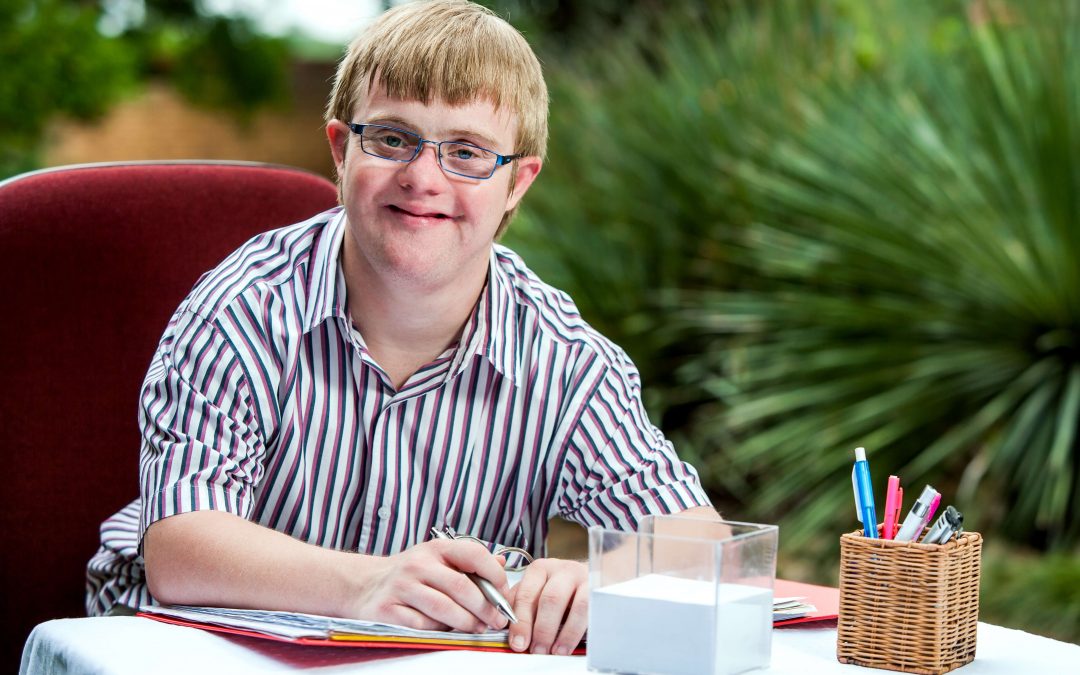 Down syndrome is a genetic chromosomal disorder that results in a wide range of developmental and intellectual delays and changes in the physical features of the person. It is caused by abnormal cell division (extra partial or full) involving chromosome 21. Most of the cases of Down Syndrome are not always due to inheritance. Down Syndrome leads to many types of disabilities and creates many physical as well as mental problems for the individual suffering from it.

Society has viewed people with Down syndrome as being incapable of creating successful lives for themselves. But this attitude is beginning to change because of praiseworthy determination and courage shown by these remarkably talented individuals who have proved that their different abilities are something all should accept and appreciate.

Tim Harris, the most loved restaurant owner in New Mexico is a successful entrepreneur and motivational speaker. He runs his own restaurant named ‘Tim’s Place’ that is the only restaurant in the USA owned by a person with Down Syndrome. Tim’s Place was known for serving up breakfast, lunch, and his world-famous hugs. Recently, Tim has shut his restaurant and move closer to his girlfriend, where he hopes to open a new branch. He also started his own non-profit, Tim’s Big Heart Foundation, where he aims to inspire people from around the world to lead meaningful lives.

Madeline Stuart is an Australian model, who at the age of just 20, has won the world by walking down the New York Fashion Week, CNN, Vogue. Madeline is represented as a “worldwide phenomenon” and a “powerful advocate for inclusiveness and diversity in modeling”. She proved to mainstream media that people with disabilities can represent beauty in an astonishing way.

This actor and folk singer is known for many TV and film roles, and he also has a Golden Globe Nomination. He has been the goodwill ambassador of the National Down Syndrome Society since 1994, this role has taken him to many places around the world where he gives inspirational speeches and gives public appearances.

This 28-year old actress is known for playing the role of popular character Becky in Glee, she also advised the White House on intellectual abilities. She has fought against bullying and campaigned to end the derogatory use of “The R-Word” for people with down syndrome.

The brave woman with a doctorate, an Olympic athlete, a motivational speaker and the president of her own non-profit the Karen Gaffney Foundation has accomplished so much in a short span of time and has spent most of her life pushing herself to motivate others and show everyone that ‘all lives matters’.

These are some examples of people with down syndrome that are who have amazed people around the world with their extraordinary skills and abilities. It is very important for society to treat people with Down Syndrome equally and support them to make better lives for themselves. Despite their disabilities, these individuals prove that they are capable of living extraordinary lives, even better than us.