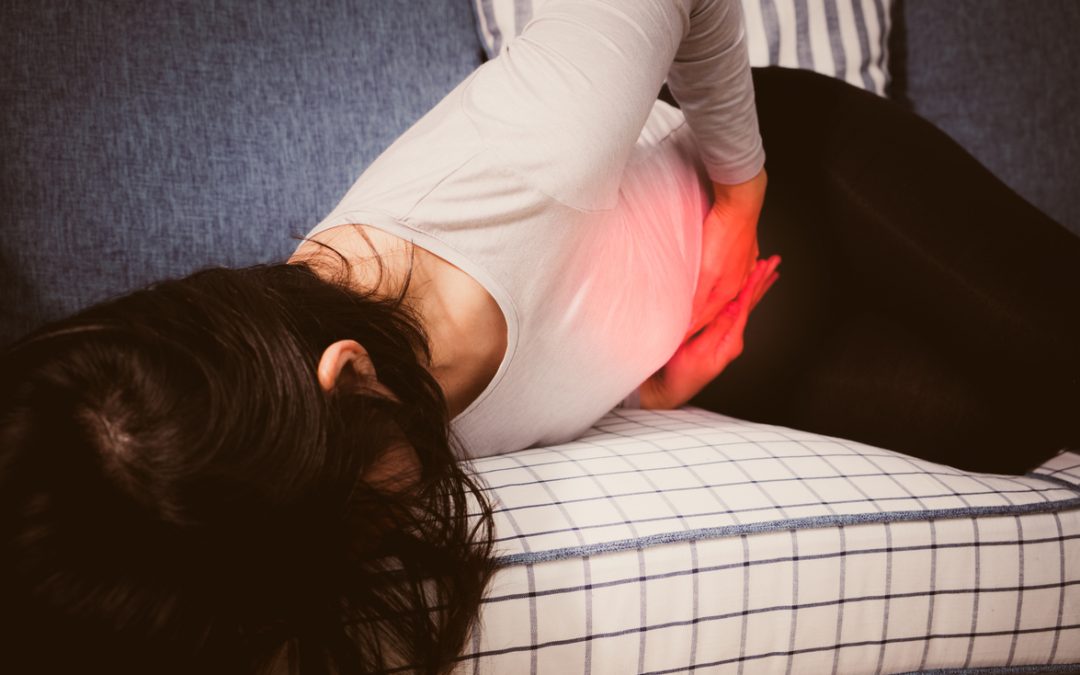 Polycystic Ovary Syndrome – known more commonly by the abbreviation PCOS is a condition that’s common in women of reproductive age. PCOS can manifest itself from the first period a woman experiences (also known as menarche) and extend all the way to menopause. It may also occur in the later reproductive years for some women, based on hormonal changes, or as a response to hormonal factors in the body. The signs and symptoms of the condition are noticeable and can be felt by the patient and confirmed by a medical professional after a thorough examination and medical counseling.

What are the symptoms of PCOS?

Changes in the menstrual cycle

As PCOS affects menstruation in women, the first and most obvious sign of PCOS is irregular periods. The gap between two menstrual cycles may extend beyond 30 days all the way to 4 months or more. The flow experienced during periods may also be noticeably different with extended periods of more than 8 days, with either heavy or scant bleeding.

Another clearly identifiable symptom of PCOS is the excess secretion of the male hormone androgen. Due to this hormone, physical changes are common in women. These physical changes may include the excess facial and body hair (also known as hirsutism), severe adult and adolescent acne, depending on the age of the patient, and even thinning of hair and male pattern baldness in some cases.

Through ultrasonography, and other imaging techniques, it is observed that people with PCOS have abnormally large ovaries, as compared to normal ones. They have fluid-filled sacs that surround the eggs.

Co-existing chronic disorders such as diabetes, hypertension and high cholesterol in patients suffering from PCOS may also lead to weight gain. The irregular periods could also affect an individual’s ability to get pregnant and have children. As a result, patients may have to overcome altered moods, anxiety and even depression.

Is pain not a symptom of PCOS?

While it may accompany an irregular period, and seemingly affect patients in and around their menses, especially in people with PCOS, pain is not a symptom. The causes of pain may vary from ovulation to cysts. This pain is transient and heals with time.

Can PCOS be treated?

While medications can be prescribed to treat the symptoms of PCOS, the treatment varies between patients, based on their doctor’s assessments. In addition to medication, lifestyle changes are heavily encouraged, and increasing physical exercise and switching to a healthy diet are recommended to almost all patients. PCOS is strongly linked with obesity, and doctors recommend losing weight via lifestyle modification strategies such as a proper diet, and lots of physical exercises. Even medications for PCOS tend to work better for people with reduced weight.

Is it really that prevalent in India?

Between 10 – 18% of women in India will suffer from polycystic ovary syndrome in their lifetime. Many sufferers also sharing features of metabolic syndrome such as insulin resistance, obesity, and dyslipidemia which suggest an increased risk for cardiovascular disease. Other long-term complications such as type 2 diabetes may be alleviated as well. Just 150 minutes of exercise, which includes 90 minutes of aerobic exercise can result in a net 7% loss of body weight and lower the chances of progression to diabetes by 58%.

What does the future hold for people with PCOS?

Polycystic ovary syndrome is a condition that many women have learned to live with. Through dietary changes, exercise, and the support of trained medical practitioners, it can be managed better. Women with PCOS can have children if they choose to, with the right support. The only limitations are those that they choose to place on themselves.